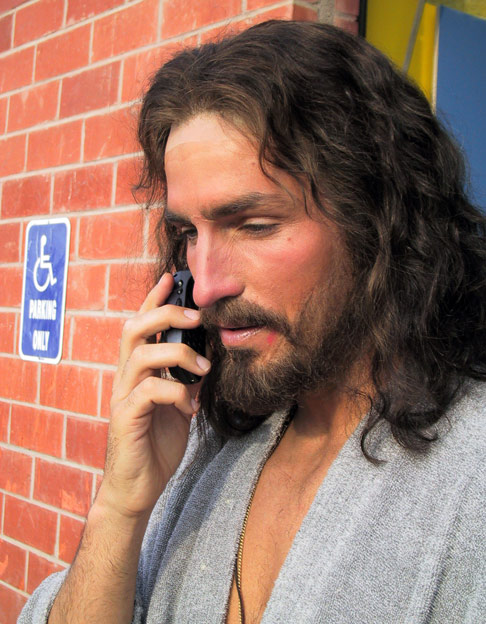 Was he a prophet or was he the messiah, regardless of what role the big J played in the world over the past two centuries he would be very different about spreading ‘the good news’ if he appeared today and used social networking or would he?

@jesuschrist would be an Official Twitter account with regularly daily updates on the path to live righteously, he would be followed by hopefully more people than Justin Bieber or One Direction and would not need to hashtag due to the influence and originality of his tweets.

Youtube would allow Jesus to stream live to more viewers than Felix Baumgartner could ever have imagined for his fall from above and am sure you would be allowed to comment and like and dislike uploads.

Would Jesus use Google Plus for hangouts? More than likely yes, with the apostles, as it is probably easier than dealing with Skype group chat and being recharged constantly unaware to one’s own existence but then Jesus would not worry about money as he needed little, relying on donations like Wikipedia.

Facebook would recognize that Jesus would have a lot more subscribers than Neal Mann and Vin Diesel put together and would recognize the value in letting him remain offline and monitor his wall posts. You could not tag yourself in his pictures but he could tag you.

Jesus may not have a Linkedin Account as his role as a spreader of the gospel would not deem him useful to many job matches but may allow for significant references and endorsements if he chose to get Linkedin.

Tweetdeck would be of use, so Jesus could keep track of his Foursquare and Myspace as well as his other accounts and only have to deliver his message once to multiple platforms.

Finally Jesus would do all this from an android unless he did a clever endorsement deal like U2 with apple but one doubts this would be of interest to him.

His audio clips would be on Soundcloud or Audioboo for those to listen and share and he would also be linkedin to Amazon and Kindle so you could download his WordPress blog posts and e-books.

Who knows what Jesus or any of the other prophets would have used if they walked among us today and as the song goes,

“What if god was one of us, just a slob like one of us,
just a stranger on the bus trying to make his way home?”

If he was trying to make his way home he would be using Google maps unless he had an iPhone 5.