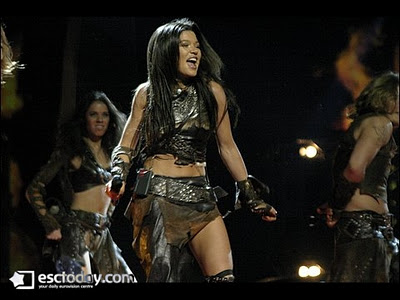 Q1 . DO you think the eurovision has entered a new era with more credibility and world attention?

Q2 do u think the new jury will remove block voting?

it depends how objective the jury is founded, it might be easy to “convince” few jury members of a certain result

Q3 with the recent european economic crash do you think some countries in crisis could feel the pinch if they have to host the competition next year?

no ESC is a matter of national pride, so each country will do its best to promote itself in the world, and hosting ESC brings back more money than that was spent on ESC (taxes, guests,….)

Q4 Do you believe as a european community the eurovision projects a strong and positive view of our continent abroad?

it Does; it shows no matter what politiians say, the people of Europe are united in partying and celebrating, they love music and struggle peacefully for a winner, that shows humaity and cleverness

Q5 Germanys success in showing a more fun and energetic side worked in 2006 with the world cup, do you think the eurovision showcases the more fun side of German people and culture?

well the answer is a mixed one. The funny side is important and shows that Germans may have humour indeed. But on the other hand the shows lack a typical German sign. They are mainstreamed, show multicultural interest and modernity, but lack the fever of ESC and most of all, as said before, something that remembers the people that the show is from Germany. So with that the message of Germans being funny gets lost a bit

Q6 have u experiened a larger world interest in eurovision from outside europe?

yes, here are at least 30 people from Australia that show that ESC is one of the most popular TV shows in Australia; on the other hand the music markets have an eye on ESC as far away countries broadcast ESC

Q7 Have jedward shown Eurovision spirit and represented us well?

they show their own spirit and that is a fresh one, as far as fun and partying is concverned that is the spirit of ESC, they represent Ireland quite well and bring fresh blood to ESC

Q8 can germany do the double and win back to back titles?

yes, Lena is my fav and for weeks I think she will make it although the most guys here now prefer Ireland